Some single Christian ladies have revealed why it is difficult for them to marry christian men.

Adeyanju Oluwayemisi said she had been told by a pastor that a particular man was her chosen life partner. However, she discovered he was a smoker. She revealed that she continued in the relationship hoping he would change since his pastor had said he was chosen by God. 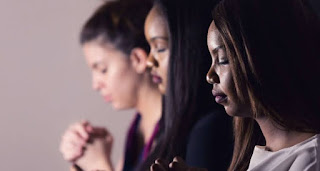 “If not for God I would have ended up marrying the wrong person. This pastor (not my present pastor) told me a particular brother was meant for me. I was naïve. And because I was also eager to begin a relationship I accepted. The brother looked responsible. So we began this relationship which was expected to culminate in marriage. Everything was going smoothly until I discovered that he was a smoker. I was mad at him. He told me he was trying to make himself happy by smoking. I began to wonder if the pastor knew he was smoking because he was highly recommended.

“Initially, I thought that was something I could cope with and that with time he would stop smoking until he started becoming extremely violent. I kept enduring the relationship because I was told by the pastor that he was the one God had chosen for me.

“But when he became violent at the slightest irritation, I started praying to God. I begged God to cause a perpetual fight to happen between us if he isn’t the right person. Slowly, it started happening. I started disliking him, till when I was bold enough to tell him I was no longer interested again,” she said.

She urged Christian ladies to always pray themselves and look out for inner peace in their relationships.

For Esther Babajide, some Christian brothers are inconsiderate and lack a forgiving spirit. She gave the instance of one who ended his relationship with his fiancee because she had finished the only food, bread and milk, in the house without considering him.

Tayo Kehinde told the paper that her pastor’s son had approached her and claimed he was sent by God to marry her. After many attempts at convincing her, she said he flared up on one occasion and boasted about his wealth and how he could get her whatever she wanted.

She added that he started dating another lady in the church just weeks after giving up on her.

For Akomolafe Inioluwa, a member of the Deeper Life Bible Church, it is the marriage committee’s timeline of nine months courtship before marriage. She opined that the time is too short to fully study a prospective husband.

“The church has a reason for setting up the committee but I don’t think nine months(courtship) recommendation of the committee is enough to know your partner. I believe I should know the person at least for 1-2 years, go on dates, eat together and buy things together as this doesn’t only help to build love but also helps you to get to know him on a deeper level, their likes and dislikes, and shortcomings.

“I know you can’t know someone completely before marriage but knowing them well to an extent will help you know if you can put up with them in the long run. Arguments and misunderstanding will always come but it will become a lesser issue to worry about if you have dealt with it before marriage. Marriage committee doesn’t give room for this, as much as I would want to go through the church process in marriage, I want to get to know my partner better and be more real with them, pray with them, be open-minded and not pretend,” she said.