Iran’s Intelligence Minister – Mahmoud Alavi – has admitted publicly for the first time that Christianity is spreading throughout Iran.

According to “Iranwire.com” Mahmoud Alavi – the Islamic Republic’s intelligence minister – while giving a speech before the Shia Muslim clerics – said that “Christianity is spreading too much in Iran.”

“Out of the fiery furnace comes forth faith as pure as gold (1 Peter 1.7).” It is obvious how the confirmation of this scriptural verse has become a reality in an unexpected region – among the persecuted Christians of Iran whose nation has now become THE FASTEST GROWING NETWORK OF CHURCHES IN THE WORLD
Iran has fastest growing church despite very few church buildings. 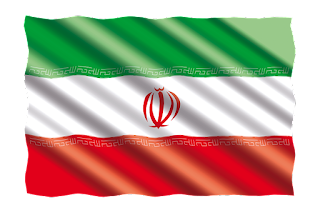 In an open conversation between the converts – in Iran and one of their minister – Mahmoud Alavi. THE PEOPLE’S RESPONSE WOULD SHOCK YOU! Alavi speaking said “We had no choice but to summon them to ask them why they were converting,” “Some of them said they were looking for a religion that would give them peace.” “We told them that Islam is the religion of brotherhood and peace.” “But they replied by saying that: ‘All the time we see Muslim clerics and those who teach at mosques talk against each other. If Islam is a religion of cordiality, then before anything else, there must be cordiality and peace among the clerics themselves.”
Less can be done to stop this mass conversion. In accordance to this, Mahmoud went further to say that “It is not the job of the intelligence community to find the root to these conversions from Islam to Christianity”

Today – Iran ranks 9th on Christian support organizations whereas it was noted among the World Watch list of the 50 countries where it is most difficult to be a Christian.

Today in Iran, mosques are empty and many disillusioned with a faith that rules by terror and fear are having encounters with the True God of Abraham, Isaac and Jacob. Jesus – The Jewish Messiah is appearing to them in dreams and visions – even in person – and Christians – disciples though forced to meet and worship in secret are rapidly multiplying to such an extent that the authorities are having to admit their presence openly. This has become so real that Mahmoud Alavi did say in his speech that mass conversions “are happening right under our eyes.