An unfortunate incident occurred in Lurambi constituency in Kenya, where a woman slept with her pastor in her matrimonial home, and confessed why she did such act. The woman who was married, was caught in the act with her pastor while her husband was away from home.

According to Lindaikejiblog.com, the man is the pastor of Solid Rock for Jesus Christ Church in Lurambi constituency, Kakemega county. The woman who was caught in the act by her husband confessed that she did that because the pastor showed and gave her financial and emotional support, and also stated that her husband’s lack of trust for her, saying that she cheats him, likely pushed her to sleep with her pastor of the church she worships. 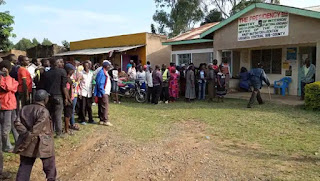 However, she blamed are actions over the insecurities of her husband, noting that her 52 years old pastor whose name is Moses Otatawa cared for her, played with her, talked and joked, and she loved him, while stressing that it was the first time they are doing what they were caught. The husband of the 55 years old woman who was his wife said, he feels disrespected having seen his wife sleep with another man in their matrimonial home, and wishes to divorce their marriage of 20 years stating that if he had caught her elsewhere, it would have been a bit mild. What a world indeed, what’s your opinion towards this, put your thoughts in the comment section below